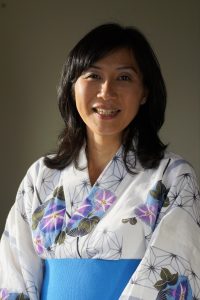 Looking to add more Umami to your cooking? Join local Japanese food expert Kimiko Suzuki in preparing the authentic Japanese seasoning “Shio Koji” and “Shoyu Koji” in this hands-on class. Shio Koji is an ingredient in Japanese cooking with a history of at least a few centuries that has been experiencing a resurgence in recent years for its versatility and amazing flavour. In Japanese, Shio means salt. Koji (also known as Koji-kin) is a fungus or mold used to ferment foods or make alcoholic beverages, and is an ingredient in miso, soy sauce, sake, mirin, rice vinegar, and much more. Shio Koji is packed with Umami and brings out the wonderful flavours of other ingredients. It can be used to marinate meat, season vegetables, or as a salt substitute in any dish. In this workshop, guests will learn how to use Shio and Shoyu Koji for cooking, have the chance to taste them, and will make their own Shio Koji and Shoyu Koji to take home.