20th Anniversary of the UBC Farm 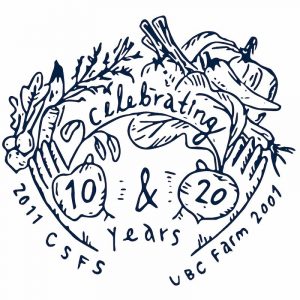 “Formed in 2011, CSFS’s main research and learning space is the UBC Farm, which began as a student-led initiative that is celebrating its 20th anniversary this year. The UBC Farm and the CSFS have both grown over the decades, with the UBC Farm deemed ‘green academic’ by the university, establishing it as a place of experiential learning for students, researchers, and the neighbouring community.” – Cindy Cheung

Planning West features the CSFS and UBC Farm as we celebrate our anniversary! More info can be found on page 5 of the below link.

Check out the original magazine here.