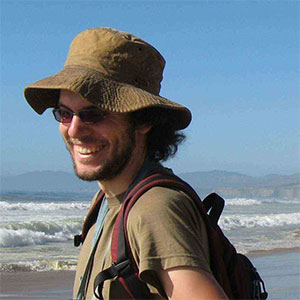 What drew you to UBC Farm and the CSFS?

I’m process oriented and I like to understand the mechanisms of why things work the way they do. That’s often easier to do on a research farm than on a grower’s field because there is more control over what’s going on. Ultimately, you want to validate your findings on real farms, but I find that the first step of research projects is often easier to complete on a research farm.

What is an organic amendment and how is it different from a fertilizer?

Organic amendments usually refer to compost and manure. They contain large concentrations of organic matter (primarily carbon) and low and variable concentrations of the nutrients necessary for optimal plant growth. In contrast, a fertilizer has a rich nutrient content, low content of organic matter, and it can be organic or synthetic, though most people assume that a fertilizer is synthetic. Synthetic fertilizers contain higher concentrations of nitrogen, for example, urea – a common synthetic nitrogen fertilizer – is composed of 46 per cent nitrogen while poultry manure – one of the organic amendments richest in nutrients – is only about 4 to 6 per cent nitrogen.

What was the overall objective of your research at the UBC farm?

Part I: Benefits of rainfall protection during manure storage

What was your first experiment?

The first experiment we set up dealt exclusively with manures and investigated how nutrient content and greenhouse gas (GHG) emissions were affected by rainfall protection during storage. We focused on chicken, turkey, and horse manures, the latter two being under-studied manures. We measured the change in the nutrient content of nitrogen, phosphorus, and potassium as well as GHG emissions.

What’s the difference between phosphorus and nitrogen and why are they important?

Phosphorus and nitrogen are the two most limiting nutrients in agriculture. The biggest difference between nitrogen and phosphorus is that we can extract nitrogen from the atmosphere since it makes up 78 per cent of the air we breathe. Nitrogen levels are naturally low in most soils, but legumes have a symbiosis with microbes that allows the plant to fix nitrogen into the soil, making nitrogen available to the plant and other organisms. However, because nitrogen is very mobile in soils, it is often found in concentrations that are too low to support the high yields produced in modern agriculture. In contrast, phosphorus can’t be replenished from the atmosphere since there is no phosphorus in the atmosphere. Phosphorus is naturally occurring in the soil at higher concentrations than nitrogen, but it is slowly depleted over time by erosion and leaching losses, and eventually, it becomes limiting to plant growth.

What is the motivation behind this experiment?

Along with the BC Ministry of Agriculture, we wanted to find out: Do different manures behave differently when they are protected or unprotected from rainfall? How bad is it to leave your manures stored uncovered? We know that in general manures should not be left uncovered because of leaching into soils that concentrate nutrients in a localized area; it’s not an efficient way to manage nutrients. Nutrient leaching also increases risks of pollution to nearby water bodies, where excess nutrients contribute to environmental degradation. We wanted to test the degree to which this depletion occurred. What we found is that different manures don’t behave the same way and that the type of bedding material seems to affect the extent of nutrient loss. Short term storage (less than three months) without rainfall protection was not too bad and had some limited benefits, but long-term storage was definitely not good for any manure type.

The second project compared the effects horse and chicken manure have on nitrogen availability if applied in the fall prior to the rainy season.

The idea behind testing these two manures is that they have a radically different carbon-to-nitrogen ratio. When there is a high carbon-to-nitrogen ratio, microbes do not release nitrogen into the soil and instead remove it from the soil to access carbon in the manure, a process called immobilization. In doing so, the microbes compete with the plants for soil nitrogen, which can limit plant growth. This would be bad if you are trying to grow a crop, but if there is residual soil nitrogen remaining after harvest, such as from crop residues and fertilizers remaining in the soil, this nitrogen immobilization may be a tool to prevent nitrogen losses from the soil. Nitrogen loss prevention can be enhanced by growing a cover crop, which would take up nitrogen from the soil and reduce the amount of rainfall that leaches through the soil.

Horse manure might immobilize nitrogen since it has a high carbon-to-nitrogen ratio. In contrast, chicken manure shouldn’t immobilize nitrogen because it is high in nitrogen and has a low carbon-to-nitrogen ratio. We applied these two manures in the fall and planted a cover crop for the winter. We looked at how these manures affected soil nitrogen, GHG emissions and spaghetti squash yields. The chicken manure had greater soil fertility and squash yield, but it also had the greatest detrimental environmental impacts. Indeed, soils amended with chicken manure had higher soil nitrogen in the fall and nitrogen leaching risks, GHG emissions, and phosphorus over-fertilization. Overall there was a trade-off between increasing yields and reducing pollution.

The ultimate goal of the third project was to figure out how to achieve high yields and minimize environmental impacts in different organic systems. To do this we tested four systems that relied on different sources of nutrients: compost, manure, or blood meal (a processed organic fertilizer very rich in nitrogen). We wanted to see how these systems performed, using metrics that incorporate environmental costs such as kilos of yield produced per gram of GHG emissions emitted, per gram of excess phosphorus applied, or per gram of nitrogen applied in the fall that is prone to leaching.

Which treatments worked the best?

As usual in science, there is no black or white answer; it depends on the system and the type of crop. We grew cauliflower, cabbage, beets and fennel. Since cauliflower requires a great deal of nitrogen, it didn’t perform well in the low compost system that minimizes environmental costs: there was 40 per cent to 60 per cent less yield compared to systems that were better fertilized. This would never work for a farmer, and there would be environmental implications too as we would need more land to produce the same amount of food. The beets grown in a low compost system, however, produced 80 per cent of the yields compared to well-fertilized systems. This could be more workable for a farmer, especially if there are incentives to encourage environmental protection. We also compared the yields to the amount of GHG emissions, and the emissions were lowest with the systems using compost as opposed to manure or blood meal.

Why does this research matter?

Agriculture is one of the most important activities on earth in terms of its impact on natural ecosystems. Nutrient management is a huge leverage point to improve the sustainability of our society. Changing the way we manage these systems could maintain the productivity while minimizing the negative impacts. Also, because organic systems have been historically less studied than conventional ones, there is a need to better understand the environmental impacts of different organic management approaches.

What is a key point that you think people should know?

Some people think there is a silver bullet approach, where we’ll find one solution that will fix everything; but in almost every study there is something that will work in a specific context and may not work in another, or it will work for some variable but not for the other. We want to reduce the complexity as much as we can but we also need to embrace it. I don’t think we can produce food without polluting at all. That means we have to be careful with the food we have and reduce the environmental footprint of current food production as much as possible.

What’s your favourite thing to do at the Farm?

Sometimes I would have to go in on the weekends to fix things and being there when no one else is around is really amazing. Vancouver is such a busy place, it feels very relaxing to be in that peaceful environment. I really like the feel of the place. It’s a really great spot; an idealized farm. I’ll miss the eagles!