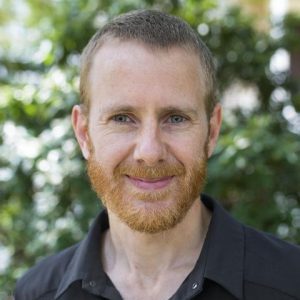 What is the focus of your research?

I am an associate professor and chair of the political science department at Haverford College in Philadelphia. I study alternative political economies and for the past eight years have been focusing my studies on what is known as the ‘solidarity economy’. This refers to economic practices that depart from mainstream capitalist forms by prioritizing collectivist values such as cooperation, democratic decision-making, mutual aid, and community development. My research has a transnational dimension but takes place primarily in Philadelphia.

On a national level (in the U.S.), we have generated a series of maps of the solidarity economy. We’ve been collecting data on social initiatives such as worker cooperatives, credit unions, and community gardens. The mapping platform we have created to facilitate this dataset can be found at www.solidarityeconomy.us. These maps are designed to help the public locate such initiatives. We are also using them to study how demographic factors, such as race and class, relate to solidarity economy initiatives.

Why does this work interest you?

A recurring theme in my work is that communities today face multiple crises, whether they are financial, environmental, or security-related. Frequently, capitalist structures can be found behind these crises. I have a strong belief that in order to create a more vibrant and sustainable society we must find alternatives to the harmful structures of capitalism. But the thought of taking on capitalism is really overwhelming for a lot of people. It is really dis-empowering to think that in order to have alternative options, you’d have to overcome the entire system. At the same time, my work has shown me that maybe our economy is not so capitalist after all. When you begin to notice the cooperative efforts of our society such as public schools, public parks, community gardens, and bike shares, you realize that half of the challenge of coming up with alternatives is learning to recognize them. Once we collectively begin to acknowledge the alternatives that already exist, it becomes possible to leverage them to bring about more systemic change.

What is your link to sustainable food?

For a long time, my work focused on transnational politics. Once I became more self-conscious about my lack of knowledge in relation to my own city of Philadelphia, I redirected my work away from the transnational angle and towards my local community. I began to immerse myself in local cooperatives, which then led me to the community garden movement. I found this movement fascinating and began speaking with community partners who were struggling to find and maintain data on gardens. I became very involved with this data, discovering that only a fraction of the 1,200 supposed community gardens in the city actually existed. Many of these were merely abandoned, vacant lots. On the other hand, many actual gardens weren’t recorded at all. The detective work of looking into these entries became a major research project. We have now produced comprehensive datasets of community gardens in the city, including data on land ownership and neighborhood demographics. These datasets are currently being used by community partners and the city to help preserve gardens at risk due to gentrification.

When you started your research, did you expect to become so involved in community gardens?

I was surprised that I became so involved. My original goal was to paint a picture of Philadelphia’s solidarity economy, which required a completed list of community garden entries. Upon my involvement, I realized that these gardens are a way of alleviating the existing racialized poverty that is concentrated in Philadelphia. These gardens are a means for underdeveloped communities to beautify their neighbourhoods, enhance their food security, and drive out harmful, illicit activity.

What have you gained from visiting the Centre for Sustainable Food Systems (CSFS)?

One of my primary motivations for visiting the CSFS was that I wanted to be around people who understand these community-based food systems better than I did and who could help me understand how to assess the impact of community gardens. Being in this supportive environment has been incredibly helpful, as I’m surrounded by people who are interested in these questions that I have surrounding community gardens. I’ve also gained perspective about my own city – Philadelphia is a racially segregated city, whereas Vancouver is very different. In Vancouver, there are a completely different set of issues and questions surrounding community gardens. Vancouver struggles with finding space for new community gardens, whereas Philadelphia has trouble planting existing lots.

Where do you see this research heading?

When I set out on this research project, I had wanted to create an estimate of the economic value that we might attribute to community gardens’ produce. Such quantitative metrics are important for policymakers. I have come to appreciate that much of the impact of community gardens is not reflected in the shadow economic value. It’s instead about the human connection, the cultural preservation, the reconnection with nature – qualitative stuff. So what can we do to make these somewhat abstract things legitimate in the eyes of the people in power? Part of the challenge with thinking about alternative food systems is confronting dominant discourses and modes of representation. It’s not that things like community gardens are wholly invisible, it’s that their full value is not legible to policymakers, academics, and the public because of the way we think about the economy and society. Addressing this is the next step of this work.