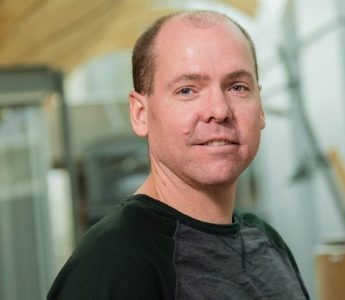 What is your research project and what is it all about?

It’s not really one project but a series of projects looking at how honey bees respond to pests and pathogens. We’re studying a number of different pests and pathogens and we’re looking at the defense mechanisms that bees have against such factors. Some of these include typical immunological defenses, as well as something called social immunity. Social immunity refers to behaviours that enable some level of disease resistance or disease tolerance. The human equivalent is like our medical system, which we build to help protect the whole society.

In bees, there are a few different known social immunity behaviours. The most obvious one is called hygienic behaviour, where some bees are better at identifying diseased or dying nest mates and removing them from the hive before the disease spreads further. Another observed behavior is called grooming, similar to the type of grooming behaviour seen in great apes, where one animal will remove pests, not so much pathogens, but mites, from the back or body of another bee. What we’re trying to do there is understand how those behaviours work and how they enable disease resistance and then try to use that knowledge to breed bees that are more disease-resistant.

What’s next for this project?

We have focused a lot on hygienic behaviour and we’re coming to the end of the line in terms of what is feasible or useful to be done at a university. At some point, hopefully, the technology we’ve developed for bee breeding will be moved into industrial use; the challenge there though is that the current test that one would need to do is probably not cost efficient for most beekeepers. The goal from the beginning, however, was not to develop a test for breeding for one trait, like hygienic behaviour, but instead to be able to make the same kind of breeding decisions for many different traits. Bee breeders can select for traits like hygienic behaviour, honey production, winter hardiness, and the level of aggression.

The benefits of such a generalized selection and screening technology can help breeders get more productive bees, or more docile ones, or even bees more resilient against natural deterrents like cold and pests. The technology that we’re using, if we can get it to work properly, will enable someone to do all of those tests for the same cost as it would be to do one of those tests! So if we get to that point where we can multi-plex all of these tests into one analysis then it becomes extremely cost efficient for industrial application and hopefully will take off even further there. We’ve been working with beekeepers to try to apply the current test but in its current state we don’t really expect it will be really widely be taken up by industry just because of the cost. We are still learning from industry also what their needs are and how we can adapt our test parameters and results for use in the broad spectrum of mainstream industry.

Why does this work matter to you?

I’ve been around bees for as long as I can remember: my parents kept bees and during my undergrad summers I worked in a bee lab at SFU. Now, my lab has a large interest in bees and it matters because bees are important for society. Bee health is currently a big concern and everybody agrees that we need to do more to improve the health of bees and the viability of the industry.

It’s also important to me because it’s a lot of fun working with bees. There is a lot to learn about bees – their behaviours are very fascinating and there is a lot of interest in bees both from beekeepers and the wider public. It’s a fun aspect of research to be able to interact with those people and teach them, and have them teach me, about bees, bee issues, and bee health–we keep informing the discussion and keeping it rational.

Why did you get into this in the first place?

When I was coming to UBC and deciding what I wanted to focus on, I looked for something that I had some background in and I had some background with bees. That said, I still wanted an area where we can also apply the technology that I was bringing to UBC which is called proteomics. The bee genome had been sequenced about the time I started here and that is a prerequisite to being able to use proteomics in an organism, so it was a good fit for a few reasons.

What surprises you about this work?

I guess it always surprises me just how interested the public gets in bee technology and that’s definitely a pleasant surprise. Bees are quite a fascinating organism and because their social structure is more advanced than human social structure, we are continually surprised at some of the things that they do. We think we know a lot about some really neat features of bee biology, but even just working with bees, you are constantly observing new things that don’t seem to follow the rules. We’re trying to figure out why that is and that’s just a lot of fun!

Bees are ranked as eusocial, which is basically one level higher on the ladder than humans. The main reason for this higher ranking is that most of the members of a bee society give up their right to reproduce, whereas in humans, everybody, apart from those with medical problems, retains the ability to reproduce. Worker bees give up their ability to reproduce in order to give their queen a better chance of passing on her genes to future generations. They do other things that are more altruistic, again much more so than you would see in a normal human society.

How important is the Centre for Sustainable Food Systems at UBC Farm to your work?

It’s quite important to our work: we do work on a lot of different scales, from experiments in the lab up to large field trials. The Farm is not so useful for large field trials because it’s relatively small compared to modern agriculture but it is big enough to support five or six or eight colonies and then we can do some small colony level trials there. The Farm is also immediately accessible to the lab, which is probably its most important feature for us, especially since UBC is located well away from any other agricultural land. But even then, we haven’t really taken advantage of it in a formal way. That said, having other researchers around the Farm asking different questions about aspects of farming like urban farming allows us to ask questions about how bees can fit into urban settings. It also helps shed some light on how bee management practices can work with the other needs of a small urban farm to improve productivity or public engagement.

What’s your favourite thing to do at the UBC Farm?

Beekeeping! Just standard bee management. Being in the department I am in, one expects to be in the lab all the time. My research program allows me to get out to do some beekeeping with my graduate students. In part, beekeeping gets me out of the lab and offers a different environment where you can just have a good talk about science and bees.